That’s what we call “fish heads” – at any time of the day, by the way. It has nothing to do with “good morning”, but rather with “I wish you a nice day! And you can do that all day long.

I was born half a century ago in Schleswig-Holstein, in a small village on the Stör. Meanwhile there is almost nothing that connects me with the area, the village and the following district town – my home is still up there, but only where there is water, real water. I love the North Sea and especially when others flee. So, when it really rains, storms or even snows. When the waves “trek to the beach”, as Lale Andersen has already sung. I love it when the wind blows the water in my face. That’s why I go to one of the North Sea islands at least once a year to relax on the water during long walks. 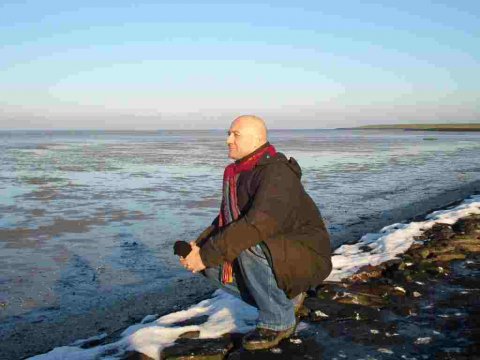 I already studied here in Berlin, then went to Hamburg for a living and finally returned to Berlin sometime. Although I never really liked this city. Now I have made peace with her. Because I look out of my window at water, and water is where seagulls are. We also have herons, cormorants, swans and various other water birds, as well as foxes, hedgehogs, many dogs, cats and other four-legged creatures, who make it a pleasure to walk every evening and review the day.

Already at school – classical humanistic boys’ high school – it was clear that the way leads to writing and/or theatre. Both have accompanied me for years. I have worked as a journalist for various media, have published non-fiction books very successfully for many years and have also worked for theatres time and again. But both did not really fill me. I was always interested in learning, more than performing. When others were happy that they had achieved something, I was on my way to something new again. Today I’m only a theatregoer, but if at all possible – two or three times a week. If you want to see really good theatre, try getting tickets for “Uncle Vanya” in the Deutsches Theater or for “Moby Dick” in the Thalia-Theater Hamburg. Both indescribable theatre experiences!

When I won a little money in a quiz show ten years ago, I dared the experiment of turning the hobby of bridge into a profession. With the money as starting capital I founded a bridgeclub in 2000, the Bridgeclub Berlin e.V. It was the first bridgeclub in the east of the city. We rented rooms in the centre of Berlin and were very successful there for several years. Meanwhile more than 2000 students have attended our courses. Some of them play very successfully in the Berlin clubs today, a very talented young lady even at European Championships. 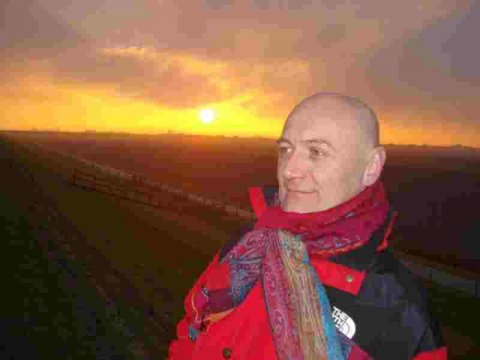 But it just keeps calling me on new adventures. So at some point I gave up the business and devoted myself to completely new tasks. But once you’ve started with Bridge, you know that it’s hard to really leave this fascinating game alone. And so two years ago I wanted to play “just one hand” and see there, the virus Bridge immediately caught me again. There is simply nothing more exciting than hobby. And since the scene still hadn’t changed much, I quickly started teaching again. And here I am now!

Spread across four locations in the city, I’m trying to give you some of the emphasis, the passion that connects me to this game. And if I succeed just a little, you won’t be able to get away from this game. I promise!